If the tree trunk were a clock, your human day would be the circumambulation of daylight waking and night time slumber

If you’re patient, it could be the circumambulation of a waxing moon and a dark fortnight

If you’re still willing to watch, it could be the circumambulation of a summer solstice and an autumn one

If you’ve stayed so long, perhaps, you could see the circumambulation of your entire life, an offering?

To see further, you have to be the tree
the lines of your life merging into its rings,
no longer an exchange
of an inhale and an exhale
just one breath, each an eternity


—
The day gets slotted into hour long blocks on a calendar, a quick drag and drop of exchanges blocking time between people on a screen.

Sometimes, the blocks get rearranged and I snatch an hour from work to soak in the green. So walks don’t fall into fixed timings and I get to see life around me at different hours.

This morning, I stood in a lush green space, under giant trees listening to parakeets and hornbills, kites and babblers. Watching the orchids grow around this tree trunk, it made me think of a dial. We live our days around a clock, marking time and wondered how might time be perceived from the lens of a tree’s being?

And so these words spilled, a tree’s whisperings.

Some time ago, I had an exchange with a blogger elsewhere and there was a term that jarred not for its descriptiveness but for its cynicism. As a descriptor, it was spot on but the spirit of it seemed one of jaded mockery, of the self and others. Cynicism is separatist.

Since then, I’ve found myself straying into thinking about how easy it is to slip into its viscosity. It’s a familiar mindscape, I guess most people go through it either in phases or then as a way of seeing the world, I’ve occupied that space too. It’s a comforting worldview to have, there is no expectation of anything good so one cannot be disappointed. But it is also limiting in its reluctance to be open to the vulnerability of hope. Cynicism tends to be based on outcomes rather than process and braces for dissatisfaction. In a way, it is an expression of fear, a fear of possibility. And therefore the mental posturing is usually one of looking in from the outside, strengthening separation in an already divisive world.

It is an immobility which could become stasis ultimately leading to decay. That is a loss, for oneself and the people in one’s orbit. When I consider it through the lens of asana, cynicism might express itself as I’m never going to be able to get into that pose so why bother. It throws a spoke in the wheel of progress if one does not even attempt because the mind has already decided the end result. But there is a parallel dimension where transformation happens even when it seems impossible. The hundredth attempt perhaps lifting you up effortlessly into a headstand. I see it in a seed growing into a tree, a human breaking the 2 hour marathon barrier and so on.

“There is freedom waiting for you,
On the breezes of the sky,
And you ask “What if I fall?”
Oh but my darling,
What if you fly?”

There’s much that is wrong and terrible in the world but there’s also much that is good and joyful. Every time an icon passes away, there is collective mourning. Perhaps, it is a mourning for the loss of hope in a world where it is easy to be trapped in the desolation of cynicism. If I stop to consider how those people lived, what I see is a forging ahead. There is no place for cynicism in that march. It’s just stepping into the next right thing that is possible. It calls for creativity, ingenuity and fortitude and the ability to laugh at oneself, dust oneself up after a fall and climb up that tree again. I write this as a note to myself if ever I need a reminder.

Ever since going bald early on in the pandemic, I’ve maintained a short buzz, about half a cm at best. It’s convenient, fuss free and I don’t need to depend on anyone for a haircut. The funny thing about going bald is how it has made me feel more feminine than before while confusing some people in the world outside. Errands and walks tend to see me in pants and a tee which mean I could very easily pass off for a man. I rarely wear earrings now because of the mask and it’s no surprise that there is confusion. Inevitably, the gaze moves from my head to the chest to verify that I am a woman. I wonder if it should bother me and I realize it doesn’t simply because I don’t feel naked.

It made me think about what does it mean to be a woman? A younger me would have a different answer, one of rebellion perhaps. As an older person, I don’t consider myself as being limited to the identity of a woman. I just happen to be female among the many other things I am and do. There is no neat box that contains a person, we are so much more than our limited identities.

A few days ago, I saw a delightful little film, Dancing with the birds. Such elaborate courtship rituals with the ladies needing to be impressed and their almost ruthless practicality when it comes to choosing a mate. The male and the female of the species have their place and tasks to accomplish, neither more necessary than the other. While we lament the disparity between men and women, there have always been the free spirits who have sung their own tune, taken off on their own flights. Nothing could hold back the force of their freedom. I suppose it boils down to one’s own sense of personhood and how much can be tolerated. When the pain of remaining in a situation is greater than the pain of the unknown, there is the possibility of change. I’m inclined to think of it as being mostly personal. Change begins in the singular; its fruits though are collective.  Quite like a seed that grows into a tree, a gift to the future. The trail blazers have forged ahead, mostly solitary and with their sights on moving to a song only they hear. In the process, they also cut a path for those yet to come.

Another packed work day but managed to carve out an hour at lunch time to go on a walk around the neighbourhood. It never fails to energize and refresh thinking after long hours staring at a screen. Besides the urban wild, there were cricket games, a drum seller, some delicious masala dosa and  wafting music. 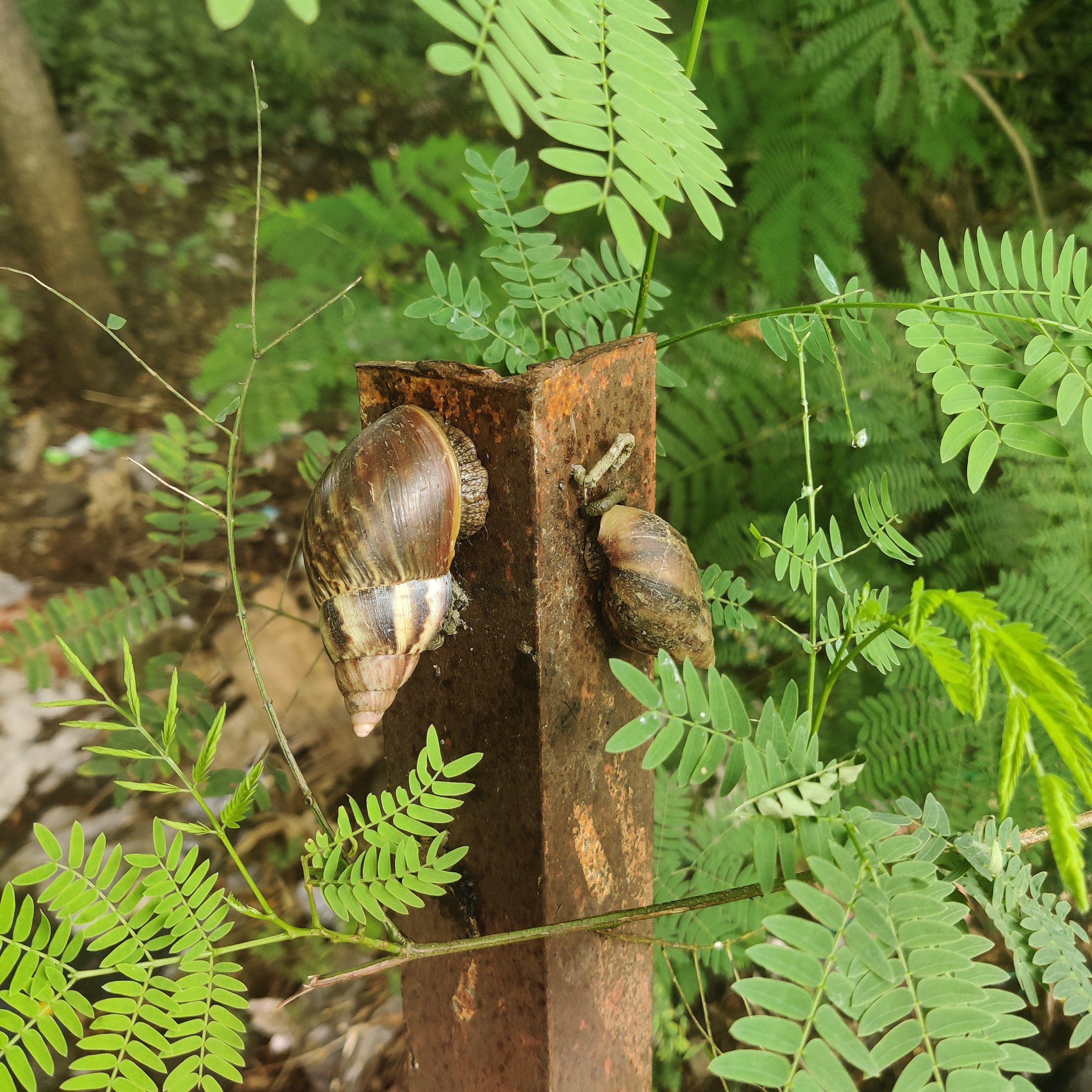 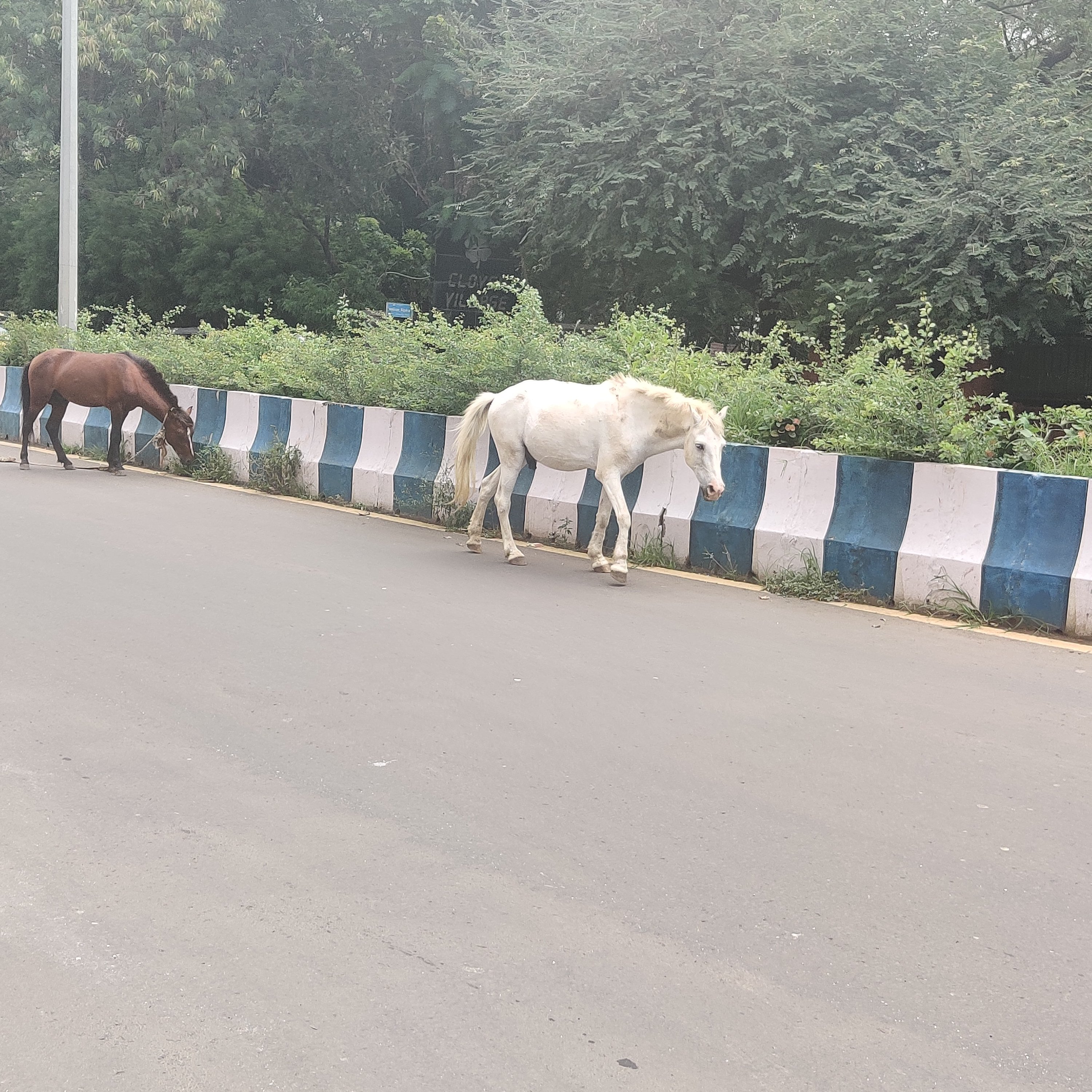 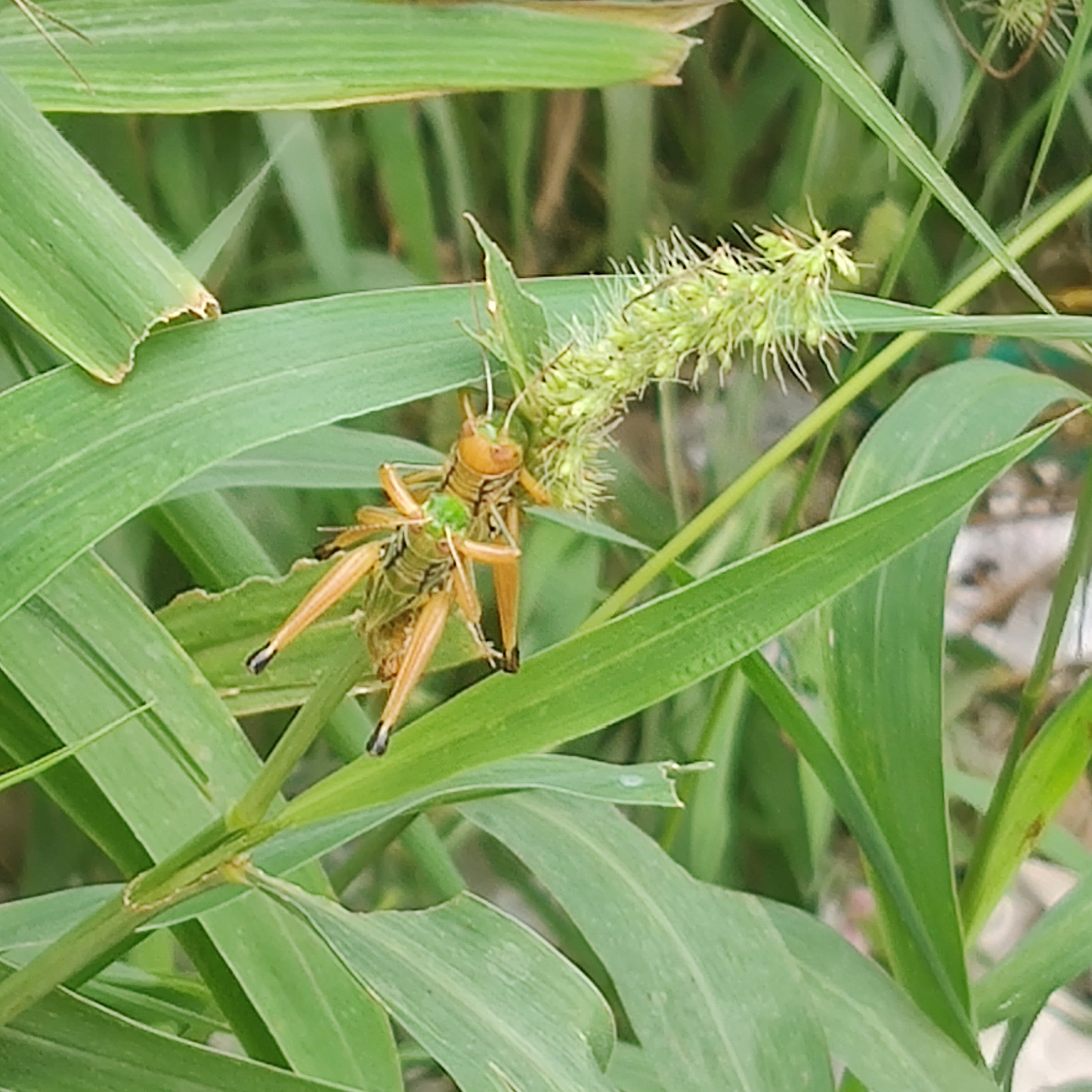 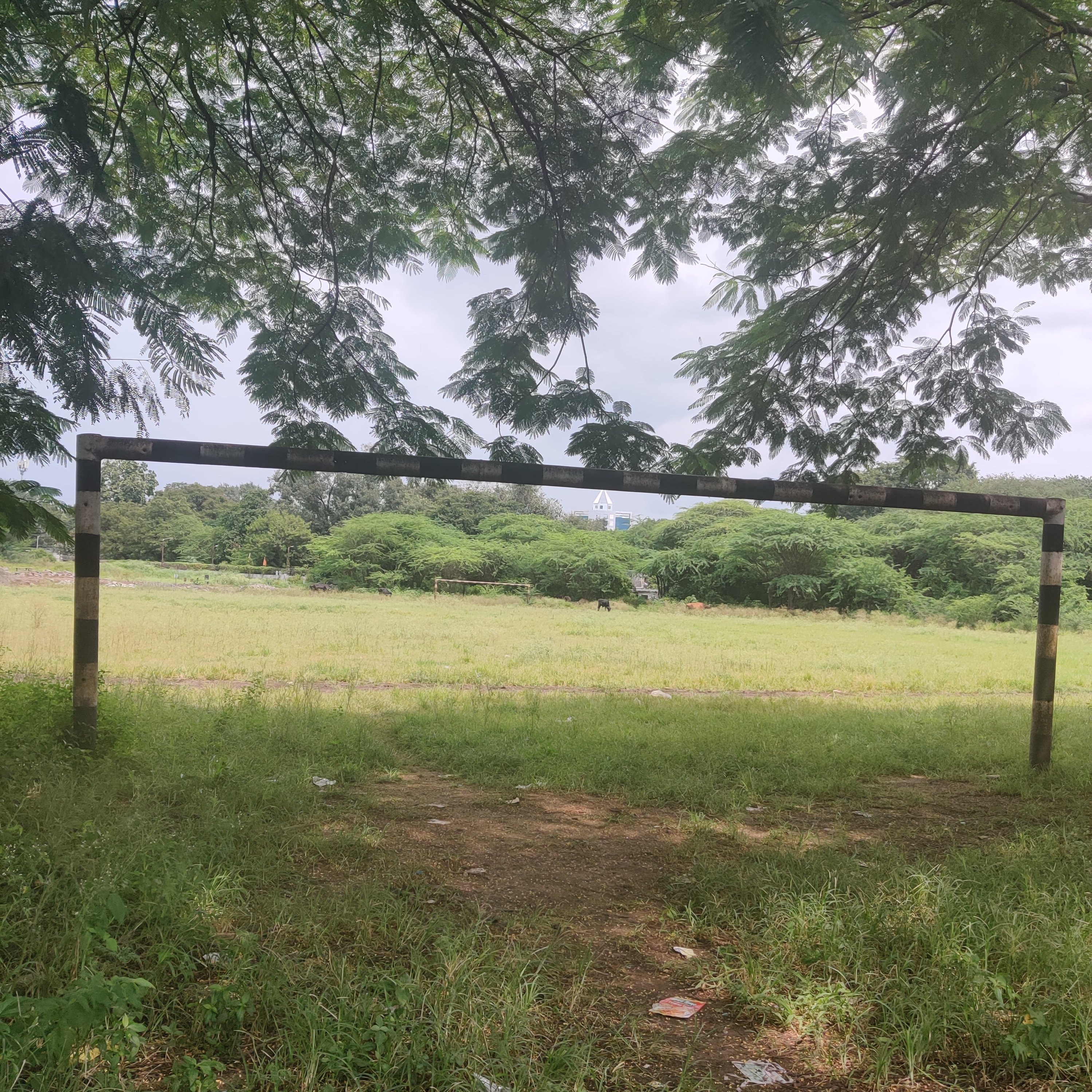 I’ve been a city girl all my life but the heart and body have lived outdoors, enjoying the textures of their geography, whether dry desert, humid coast or landlocked elevation. There’s much natural beauty even in swarming cities with its bodies, concrete and sewage. The city that currently homes me is a mix of the old and new both in natural life and man-made structures. The last 8 odd years in Pune have been perhaps much more expansive in terms of time spent getting to know the flora and fauna that have been here even before the city grew over it. Trees have been fascinating in particular for their seeming silence and slow presence.

I’m no botanist and the thought of memorizing long botanical names is tiring and perhaps unnecessary for an ordinary person. I do graze on them though as I dig around to know what others have known before me but its a mere curiosity. Far more intimate is the connection between them and my short life as a singular of my species. I’ve seen many of them through their seasons and wait for their blossoming. Often, I travel a fair distance just to meet one particular brown trunk as though I was going to visit a friend. They feature regularly in notes to myself, poems and contemplation.

This summer, I chased gulmohars and their crimson flares. I waited for September for these gorgeous Indian Cork Tree flowers. These trees are tall and the flowers dangle like earrings high up. The kannada name for them is evocative, aakasha mallige which could be translated as jasmine of the skies. There’s a video of one of the large trees swaying in the wind from a couple of years ago here. The flowers are slender and smell divine. Yesterday, I gathered a few fallen flowers while out on a late morning walk. They came home with me and now sit in a tiny ceramic container filling my room with their scent.

The day began with an intense class at 6am like most days and went on to include some interesting work and conversations. And cake, freshly baked by a colleague and mentor. It was demolished in a matter of minutes by the crew at work. Film making is always fascinating to watch and today was no exception. Day’s end has me smiling, still on a high of a day well lived, work done well. And of course, a green hillside outside the large windows meant I got to feast my eyes on a lushness anytime I wanted. 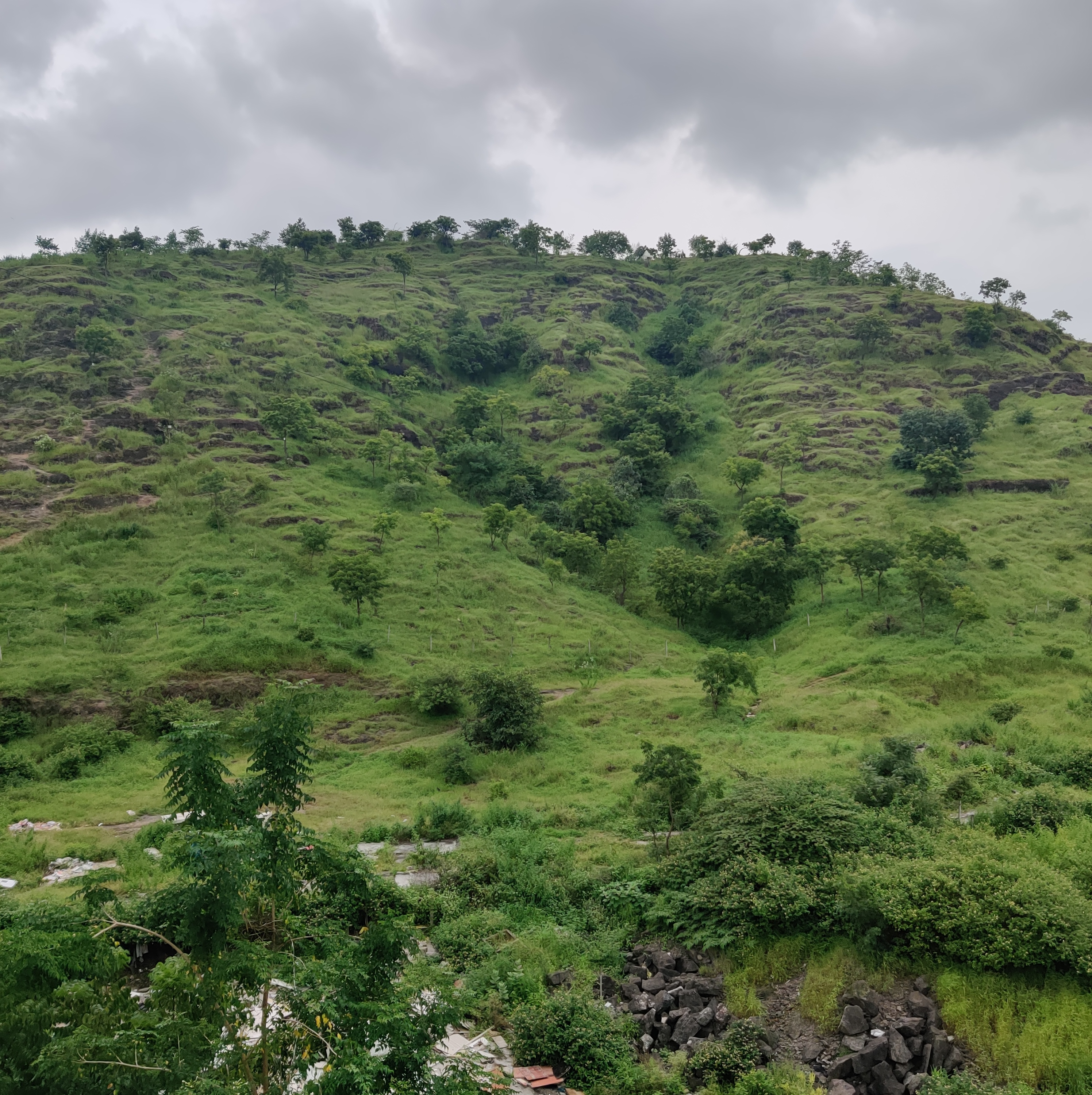 More trees have fallen in the woods, the paths have shrunk and the ungulates have been busy here. There is beauty in the lushness but this particular corner of the world is also beautiful in its brown starkness. Bumped into the runner lad coaching two young girls. Always a happy sight, runners.

Sometimes I walk the nights as though I’m one with the shadows. The feet move to a steady rhythm past homeless men and strays sleeping under open skies. This warning signal has been smothered by the rain growth and made a pretty picture in the dark. 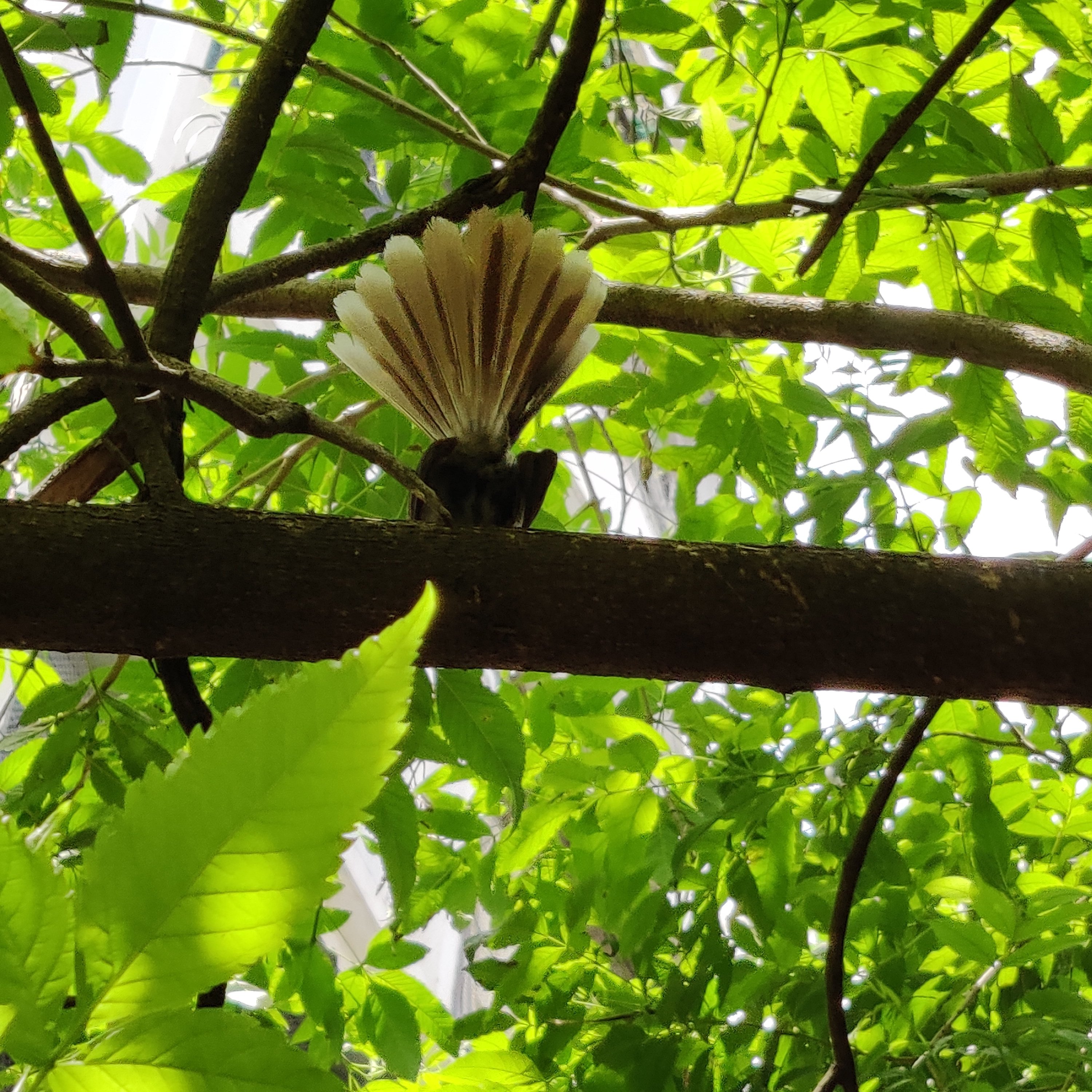 This white spotted fantail was busy feeding three hungry young ones and pecking a cat that strolled too close for comfort. Managed to get a little more of their morning drama and also their cute little home. You can check it out here.

Choco chip cookies with a sprinkle of sea salt made by hand, made with love. They have been an indulgence ever since a friend sent a bag of these.

A morning out of the city, chasing stalks and watching birds, cruising winding ghats and picnics on the road.

Comfort food, quick and easy. What you don’t see here is the nice big dollop of ghee that melted into the khichdi. At times, these meals happen alfresco.

No sadhya or pookalam this year but an almost vintage kasavu to mark the day. The weave remains my absolute favourite for its elegant simplicity. This one’s a little worse for the wear but soft with multiple wears and washes.