We’re back in a kind of lockdown again with nothing but essential goods and services. It’s been this way for a while now and the rest of the state joined in last night. But this time around, the announcement was like bracing for that sharp cold of the first lap in a pool rather than an unexpected shove into it. Pune has been under similar conditions over a week so this new set of restrictions hasn’t really changed anything. Quite a few people I know, including some dear friends tested positive and some even took quite ill but thankfully, they are recovering.

Life’s been meandering along highways and my beloved woods almost equally. But looks like there’ll be a pause in all that long distance driving for a couple of weeks. The woods may still be a possibility in the wee hours or early afternoon but that is to be seen. Yesterday, the youngling and I went to a hill at a distance. The sky was overcast and we got some rain on the way. The amaltas made a beautiful contrast against a grey background and the trail itself was mostly empty. We sat down and watched three men fish in the quarry below although I’m not sure they would’ve caught anything. Much of the water has dried up and it looks a little naked.

While walking on the soft earth with the youngling, I thought about how walking in nature with another person is such an intimate act. There is something about wooded spaces that naturally lowers the need for control and conversation unfolds from a place of vulnerability, like the soft underbelly of animals. It is a period when the whole and the particular, the distant and the near are both available in their fullness. Time too takes its rightful measure outside of the human constrictions of minutes and years. During the last couple of years, the woods near my place have been where I spent many delightful hours. That place taught me many things, continues to teach me much still and I go like a wild child into its calm, to wander and become one with it.

Lately, all the pandemic panic I see around me has been a bit fatiguing and it also feels like a regression into last year’s bubble. The kid has a pandemic playlist and while we listened to it on our way to the trail, we reminisced about our routine in 2020. She’d paint late into the night to the same playlist and I could hear the music waft through my balcony. We were a fuller household then but more withdrawn. Mother lived with us then. These days we have Speedy, a rescued turtle who is a temporary guest. He’s absolutely adorable and has a terrible foot fetish which makes him quite the speed demon. Luckily, he likes to just look and not snap.

Today, I had a surprise delivery from someone I got to know virtually. She sent a saree for ghadi modane (you could read an earlier post about it here) along with a most delightful book, The Living Mountain. Needless to say, I sat down to gulp the pages greedily. Nan Shepherd writes about the Cairngorm mountains what I feel about the woods in my neighbourhood. Her words make me want to skip in joy, withdraw into the quietest silence within and dissolve into all that I love. The book is on the immediate re-read list. 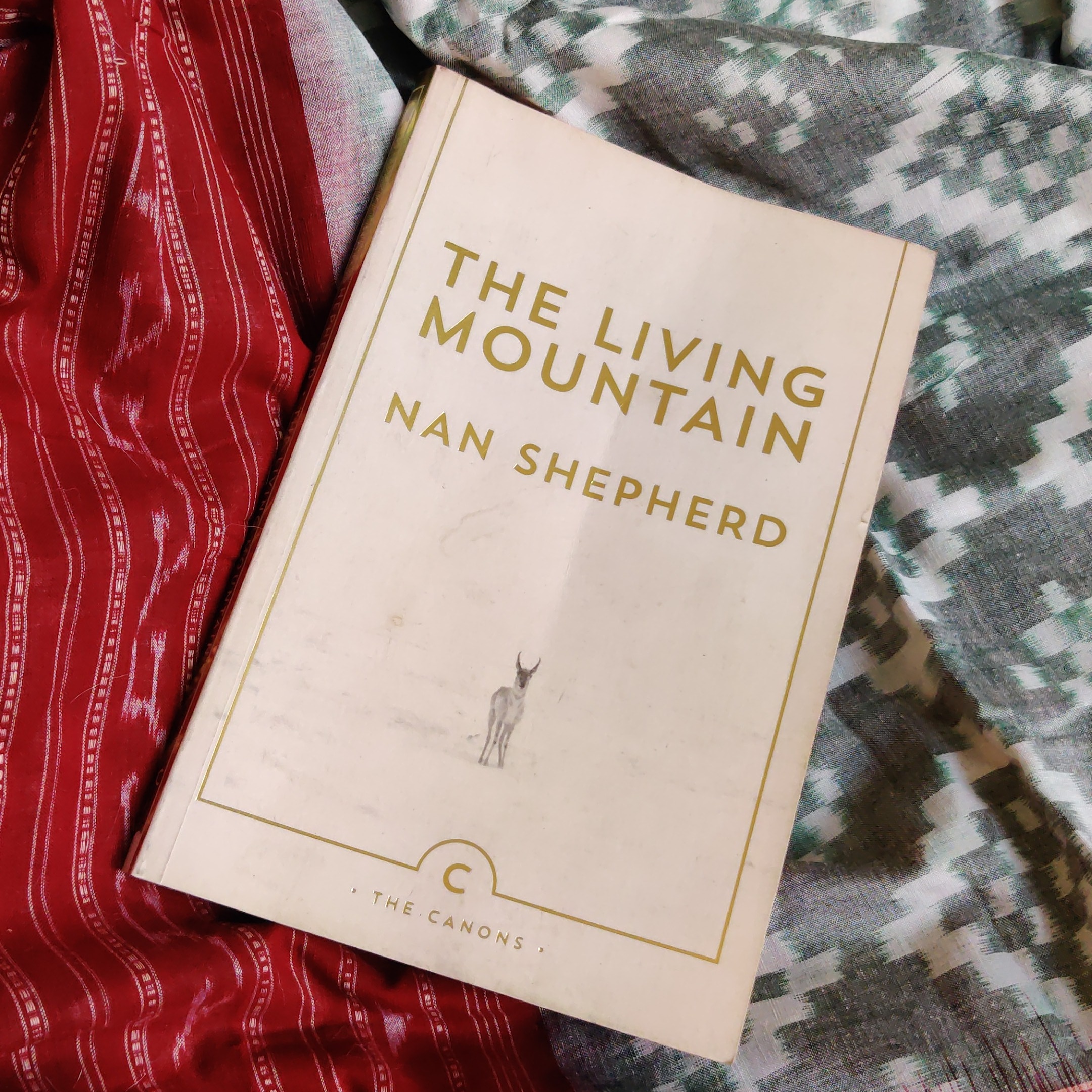 Throughout pandemia, I received many gifts, most of all the gift of connection from those I’ve barely known, those I’ve known intimately and absolute strangers. It echoes what my teacher mentioned this morning, about the necessity to connect with others as well as with oneself. That latter one comes easy through time outdoors or on the mat or then simply watching the sky from my floor. The former though is a navigation and one I probably still have to learn from my beloved woods.

4 thoughts on “Walking through Pandemia”